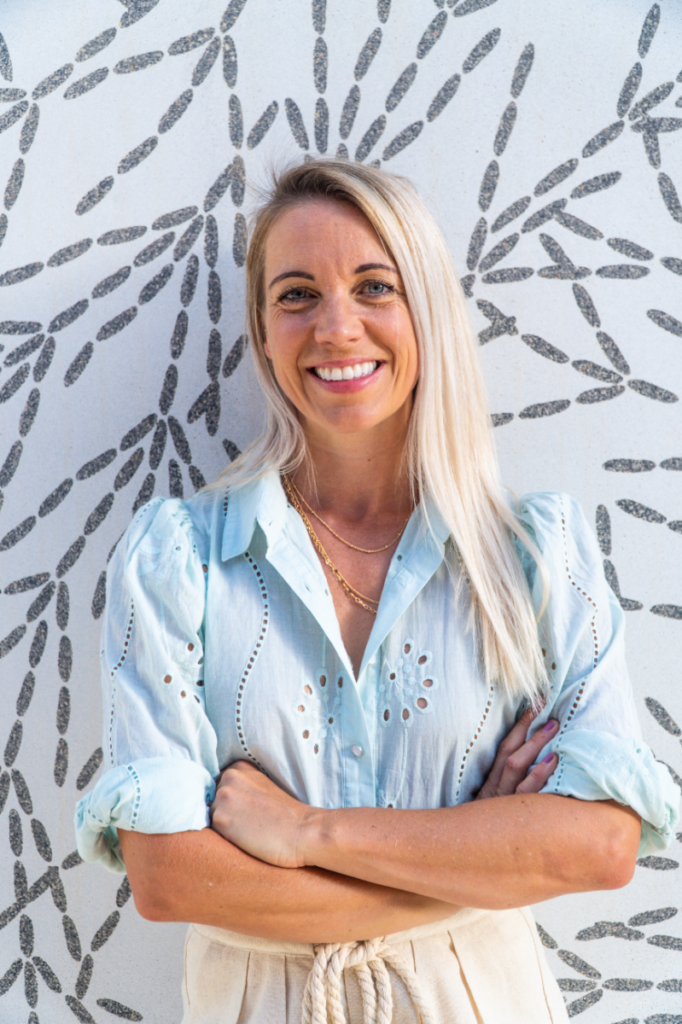 British Heidi Jones started coaching as a way to learn more about how to live a healthier and more fulling life. Little did she know this was the beginning of a lifestyle transformation that has seen her change careers, set up her own successful coaching business, lead and empower women whilst trekking through the Thailand jungle, run from 5km road races to 72km distances across the globe, becoming the first Lululemon Run Ambassador in the Middle East as well as being the first MENA ambassador to participate in the Global Ambassador Summit in Canada.

Heidi took up coaching in 2012, hiring a coach to support her through a challenging time in her life. This experience opened up a whole new world to her as she adopted a beginners mindset to everything that wasn’t working in her life anymore (physically, mentally and emotionally). Just like everyone going through a lifestyle transformation she had her ups and downs, and it was through this process she realised this new approach was the change she needed to find her purpose in life.

In 2014 she studied coaching alongside her full time job as Head of Department at a International school in Dubai, set up her first running club to help women run their first 10km as well as taking on training for her first ever marathon. It was during this year Heidi decided that she needed to live more aligned with what was most important to her: adventure, empowering others and learning by doing and took the bold step to leave her secure job and set-up for herself.

In 2015 she took on her first ultra-marathon, running through the mountains of Oman. With an increasing desire to push the envelope she set a lifestyle goal to be able to complete a marathon distance race every year and therefore committing to advocating health & wellbeing for the rest of her life. 5 years later, her running has taken her to places across the world she would not have seen and has run over 10 ultra-distance races to date.

The success of her run club led her to be noticed by the Lululemon team and in 2016 she was invited to be the first Lululemon Run Ambassador for the Middle East. It was in that year she was chosen to go to Canada for a trip of a lifetime where she spent 5 intense days learning what it takes to lead and empower others.

Then in 2017 Heidi was approached to host and lead a group of women through an unforgettable trip of self-discovery in a jungle in Northern Thailand. With only a backpack and a pair of waders to fight off the leeches, she empowered the women to strip back of all their home comforts and delve straight into the uncomfortable – physically, mentally and emotionally on a 7 day intense coaching program. To keep aligned with her sense of adventure and to continue to learn and grow Heidi jumped at the opportunity to attend her next Lululemon Summit, this time in the French Alps of Chamonix where she was pushed to delve deeper with her own self-discovery and purpose.

2017 was also the year Heidi began writing articles for Vogue ME, sharing her experiences and coaching tips to a wider audience and has become a regular contributor. This opened up other writing opportunities with titles such as Haper’s Bazaar, Emirates Woman, The National and Savoirflair.

Using her experiences so far of coaching and finding her passion to run across mountains, Heidi designed her first group coaching program and launched in 2018 ‘Climb Your Mountain’. A 12-week programme to empower women to take control of the direction of their lives. This program has now supported women to leave corporate careers to travel the world, start and run successful businesses, overcome fears and blocks in the pursue of healthier body image and self-acceptance, develop confidence and the self-belief that anything is possible. Heidi also used the framework of this program to lead a group of men and women for an overnight minimalist retreat, again focusing on stripping back and focusing on ‘what really matters’. She also worked with Elite Asics athletes to set lifestyle goals for the upcoming race season. In December of 2018 Heidi gave birth to her first child, Hana.

After 6 months of maternity leave Heidi rejoined the workforce and relaunched Climb Your Mountain and picked up where she left off alongside trained for her first post-natal ultra-marathon, taking her back to the mountain for the UTMB Oman 50KM race that November.

2020 has been one interesting year. Heidi chose to relocate to the UK with her daughter for 6 months during COVID and during this time supporting her community and clients via online calls and live streaming of workshops and coaching programmes. It was during lockdown she launched The Heidi Jones Coaching Podcast for high-flying career women to take action to balance their career, health and lifestyle goals.

"Heidi’s aim is to empower you to start taking action towards your vision and goals with confidence, self-belief and a clear plan of action."

Build your confidence and enrich your life

#tbt to one of my favourite photoshoots with @alis